Mobb Deep stood tall as East Coast hardcore rap figureheads on the basis of their epochal album The Infamous. Released in April 1995, The Infamous was released almost exactly a year after Illmatic and about half-a-year after Ready to Die -- the debut masterpieces of Nas and the Notorious B.I.G., respectively, and likewise albums of momentous significance for East Coast hardcore rap. On The Infamous, the duo of Prodigy and Havoc set the tone for future generations of hardcore New York rappers, from crews such as G-Unit and Dipset, to the likes of Ka and Roc Marciano. Subsequent Mobb Deep releases were equally influential, especially Hell on Earth (1996). The following decade, Prodigy and Havoc recorded for G-Unit -- the label of Mobb Deep disciple 50 Cent -- as well as numerous other outlets. The duo's partnership faltered for a time, but they were actively performing into mid-2017, when Prodigy died from complications of an illness that had afflicted him since infancy.Prodigy (Albert Johnson) and Havoc (Kejuan Muchita) grew up in Queens, yet met in Manhattan, where both were students at High School of Art and Design. Their shared love of hip-hop resulted in a natural companionship, and while they were still teens, the young men managed to score a record deal with the Island-affiliated 4th & Broadway. In 1993, the label released Juvenile Hell, a confrontational album featuring noteworthy production work by DJ Premier and Large Professor, each of whom, within a year's time, would move on to produce the debut of another young Queensbridge rapper, Nas. Not much came of Juvenile Hell, however, and it would be two more years before Mobb Deep resurfaced.When they did return in 1995, it was on a different label, RCA subsidiary Loud, and with a significantly developed approach. The Infamous featured a mammoth street anthem, "Shook Ones, Pt. 2," but it was a solid album all around, also featuring the in-house production work of Havoc and high-profile features from Nas and Raekwon. The Infamous was more hardcore than its two key stylistic predecessors, Illmatic and Ready to Die; the beats were darker and harder-hitting, while the rhymes were downright threatening yet still inventive and crafty. Moreover, there were no crossover hits; in fact, there were no light moments at all. The Infamous was an uncompromising album for the streets, and was championed as such.A year later, in 1996, Mobb Deep returned with a follow-up, Hell on Earth, which was a little slicker than The Infamous yet still emphasized hardcore motifs. It spawned a couple hit singles that were given appropriately theatrical videos. At this point, hardcore rap was at its peak, with Death Row Records flourishing on the West Coast and a legion of New Yorkers jumping into the scene, following the lead of Nas, the Notorious B.I.G., and Mobb Deep. So when Mobb Deep returned with Murda Muzik, not released until 1999, the rap landscape had changed significantly. Mobb Deep now had significant competition, and since Murda Muzik wasn't as novel as the duo's past two albums, it was met with some disappointment. Nonetheless, it offered the major hit "Quiet Storm" and was eventually certified platinum, eclipsing the gold certifications for the duo's second and third albums. The following year, Prodigy released his first solo album, H.N.I.C.When Mobb Deep resurfaced in late 2001 with Infamy, they showcased a willingness to reach beyond their fan base. The single "Hey Luv" was the first Mobb Deep song to flirt with R&B crossover, or even to mention love. It got some airplay, thanks in part to its hook from R&B act 112, and its video, which played up the song's air of seduction. Regardless, it seemed like Mobb Deep were beginning to see their popularity erode. It didn't help that Loud went out of business, leaving Mobb Deep without a label deal. For the next few years, roughly 2002-2005, Prodigy and Havoc released one-off albums via various label arrangements, including Free Agents: The Murda Mix Tape (2003), Amerikaz Nightmare (2004), and The Mix Tape Before 9/11 (also 2004).Then came a surprise announcement that 50 Cent had signed Mobb Deep to his G-Unit family. First came a remix featuring the latest G-Unit signing, "Outta Control," which supplanted the original version when 50's The Massacre was reissued in 2005. Too, Mobb Deep had become omnipresent on the mixtape front. The awareness-raising approach worked, as the polished Blood Money debuted in the Top Ten of Billboard's album chart and brought more exposure to Mobb Deep than the duo had enjoyed since their late-'90s heyday. They found a new generation of younger listeners; the large G-Unit market base in particular. The following calendar year brought Return of the Mac, one of Prodigy's strongest solo albums, and The Kush, Havoc's proper solo debut.Into the early 2010s, Prodigy's three-year prison sentence and a falling-out with Havoc put Mobb Deep's future in question. They did issue an EP, Black Cocaine (2011), shortly after Prodigy was released. The duo resumed a couple years later and eventually issued the confusingly titled The Infamous Mobb Deep (2014), which consisted of new material with previously unreleased tracks recorded during the making of their mid-'90s breakout. On June 20, 2017, following a Mobb Deep performance in Las Vegas, Nevada, Prodigy suddenly died from complications of sickle-cell anemia. ~ Jason Birchmeier & Andy Kellman (iTunes Music) 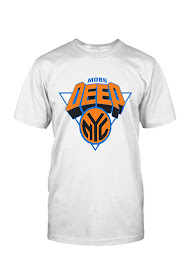